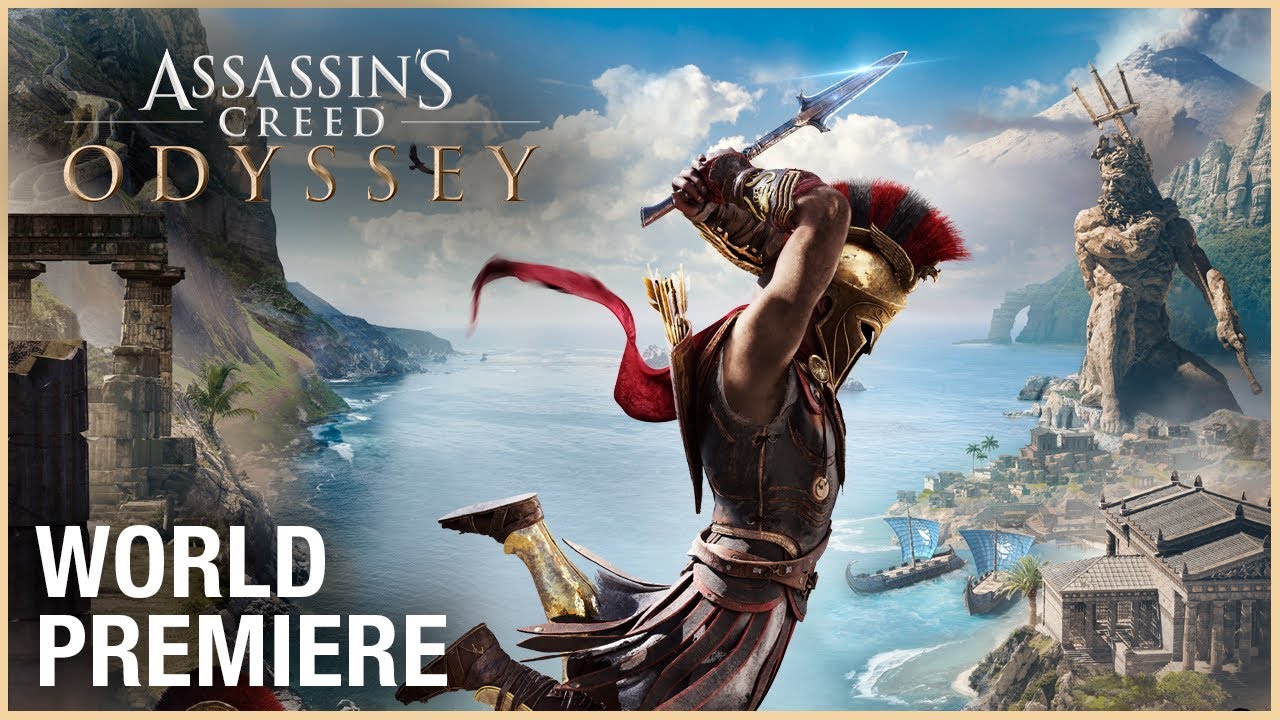 If you ever wanted a game to take you back to history and give you the thrill of experiencing Spartan times, this is your answer. Assassin’s Creed Odyssey has all high quality and quantity epic-scale and action-role playing making it the grand representative of the ancient Greek times. The level of artistry in this game is unmatched and seemingly, will stay so for a long time in history. There are barely any compromises made on the quality of its design. The latest version shames its predecessors by give the game the most impressive outlook in the history of this games’ series.

Background
Most of the game’s enthusiasts and epic-story lovers love the design and structures of these ancient times. It is set 2400 years ago during the Peloponnesian War. This is a decade long struggle where the Athenians and Spartans fought for dominion over the then Greek territory. This was almost all the world that was at the time and control over this Greek territory meant control over most of the meaningful world. The full-scale warfare both on land and sea gives you a little understanding of why it is famed so much.
My Take
In my opinion, the latest version of Assassin’s Creed Odyssey’s world is the best and most vibrant and attractive of the series. Most of the background is the blue Aegean Sea so you will not be seeing much activity in the background. The designers seem to have chosen this region over the city’s streets and byways. The stunning and fantastic sceneries include the sun-blasted desert islands, the beaches, cities with statues of bronze and stone. It is a lively background, which gives a taste of the real beautiful scenes exploding into life from the ancient stories. You will not likely resist the urge to stop, pause, and enjoy the views of this story.

The Features
This game allows us to choose our character. You may decide to play exclusively as a man or woman. These are the two siblings Alexios and Kassandra, who although they have the same roles in the game, bear a variety of styles. For example, Kassandra has a rather consistent voice incorporation technique than her brother who does not talk as much. Alexios is a fierce mercenary, who wastes no chances in accomplishing his duties and mission. The character, however, allows customization and changes so you can have him as you desire. If you do not want the traditional mercenary who is a psychopath but a conscious one.

Conversations
Although most dialogue decisions do not carry much of a meaning besides being a great person or villain, some choices are very consequential. The choices affect the greater world around you hence you are the determinant of what occurs. You can actually choose to be a lazy self-assured person to hide your heinous motives. This re-creates the game where Odyssey’s new notoriety design shifts around into a passive commonsense approach.

Tradition
Odyssey maintains its tradition and comes with moving combat to free-flowing dances of light and heavy attacks. The weapons are ancient and amazing. For example, the swords, axes, maces, stave, spears, and daggers are made of the ancient metals and are deadly. You can pick fights knowing you have the best equipment to beat the opposition. You can even attempt to fight improbable odds such as the Greek legends of the time.

My Verdict
Assassin’s Creed Odyssey is admittedly an amazing and fantastic achievement. This resounding reputation emerges from the epic building, environment, and involving game play where you make the outcome of the game with your controls. The thrill of determining the environment around you in a game as you build the outcome stems from the crazy features designed to give you full control. The entire challenge consists a complicated mesh of levels that are difficult to beat until you are fully focused and experienced. I will need many attempts to become an expert in this game because there seems to be a lot to learn about it. The game has set a new bar for the game series and will put Assassin’s creed games as a major piece of advancement always to be remembered.